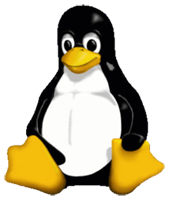 [I]f you really want a desktop where you're in control, and not Microsoft or another cloud company, what you need is a conventional desktop Linux such as Mint 17.2. Windows is heading to the cloud and it won't be coming back. — Cloudy Weather

If you're running an unsupported version of Windows and cannot upgrade without purchasing a new computer, consider installing Linux instead.

Linux will run on most XP or better systems without having to download special drivers but performs better on newer systems. Linux installations include most of the software casual users require such as Firefox, Thunderbird, LibreOffice and GIMP (high-end graphics).

The following resources will help you make the decision on whether the move to Linux is right for you.

Linux has moved from obscurity. Linux Ubuntu and Linux Mint are now the third and fourth most popular home operating system installations (after Windows and Mac).

*The Microsoft Tax is the per-unit fee Microsoft charges manufactures for every system sold regardless of what operating system is installed. Users pay for Windows whether they use it or not when buying from most computer vendors.

There are various versions of Linux that have been developed (generally referred to as distributions or distros) including Mint and Ubuntu (see other distributions).

Linux Mint makes a good choice for those who'd like a distro that isn't constantly trying to change the desktop computing paradigm, but don't want to use abandonware. Mint is actively developed and both of its homegrown desktops are excellent. — The Register

Windows users that cannot upgrade their computers or afford to purchase a newer version will find that Linux Mint is an excellent option — provided you don't need to run proprietary Windows software*. A suit of commonly-used software is included such as Firefox, Thunderbird, LibreOffice and VLC media player.

*Many Windows programs can be run under Linux using WINE. Be sure to read the FAQ before installing WINE.

Linux Mint is community-driven and free to download for both personal (the 4th most widely-used home operating system behind Windows, Mac and Ubuntu) and commercial use. Learn about Mint or download Mint.

You can try Mint without affecting your existing operating system and software. Learn more:

How And Why I Made The Switch From Vista To Linux is an excellent overview of Ubuntu, albeit somewhat dated. This user's experience switching is more current.

Some of the better known distributions are:

Most Linux distributions show some screen shots so you can get an idea of what the desktop looks like but you can also run them from their installation media without installing them to test them out.

There are many other Linux distributions.

Linux has a history of being more secure. However, since much of what we do has moved online, it exposes Linux users to more security risks than every before.

There are still vulnerabilities that have nothing to do with software, including phishing, identity theft and more. Learn security strategies to prevent such infections.

Linux is considered to be more secure than other operating systems. However, it's increasingly a target of attackers, as Linux systems are used for critical roles like, web servers and internal file servers. In addition to being susceptible to Linux-based and cross-platform exploits, unprotected Linux machines can also become distribution points for Windows, Mac, and Android malware. — Sophos

I strongly recommended that you install security protection onto your Linux system.

While the percentage of home computers running Linux is very small (compared to the Windows or Linux server installation base) you should be running security software.

You'll find a listing of Linux security software in the software section.

Just five vendors accounted for nearly one quarter of vulnerabilities in the first half of 2019. — Risk Based Security

KRACK is a vulnerability in the WPA2 WiFi protocol that affects virtually all WiFi enabled devices.

Newer version of Mint and Ubuntu have been patched if you've installed the updates. Other distros may be vulnerable, especially older and unpatched ones.

This section contains information about vulnerabilities to the Linux kernel.

Be sure to install the latest patches to ensure you're protected from these vulnerabilities.

While Linux itself has more secure mechanisms than Windows, there is also software vulnerabilities.

The Linux encryption app Cryptkeeper has a rather stunning security bug: the single-character decryption key "p" decrypts everything. — Bruce Schneier

Security researchers have found a new strain of Linux malware that appears to have been created by Chinese hackers and has been used as a means to remotely control infected systems. — ZDNet

The vulnerabilities listed here should only affect you if you're running an older version of Linux that hasn't been patched.

Check these sites for more information about Linux security.

This Linux software listing is not extensive but provides some basic apps. Try these resources:

Much of the software used by the average person is either included with the installation of many distributions like Ubuntu and Mint or can be downloaded and installed using updating utilities built into those distributions.

A more extensive listing of Linux software can be found on the Linux-Apps.com or Best of Linux Software. If you're moving from Windows to Linux, have a look at The table of equivalents / replacements / analogs of Windows software in Linux.

As Linux becomes more popular, it becomes the target of malicious attacks.

Safety Detectives (source of the “best for” ratings below) warns:

[R]ecently, a few of those previous [recommended] brands made significant changes, and we needed to re-evaluate the whole Linux antivirus market in line with our high testing standards. I concluded that I could not recommend some of the antiviruses this list previously had as they were no longer valid, valuable, or of high quality.

I strongly recommend LibreOffice because it is better maintained and more frequently updated than OpenOffice. It provides everything most people need.

This section discusses the requirements for LibreOffice on Linux. For more general information about LibreOffice, please see the Recommended Software page.

For certain features of the software — but not most — Java is required. Java is notably required for Base.

There are numerous sites on the Internet that provide an incredible amount of information. Don't forget to check the various newsgroups for messages that provide solutions to problems you are experiencing with Linux installation or your routine maintenance issues.

There are several sources of information about installing, configuring and administrating Linux. Besides the MAN (manual) pages that usually accompany your distribution you will find various HOWTOs or mini-tutorials on the Web.

X Windows is the GUI (Graphic User Interface) for Linux. It is much more flexible than either the Windows or Macintosh environments because it is not the entire operating system. This makes X Windows very powerful and configurable. Most users will have all three components installed, but they are not all necessary for Linux to run.

Providing the support for the video card and monitor and basic window management.

These provide the window controls, buttons, menus and control panels for Linux distributions.

What provides the common “look and feel” to the desktop.

The components that are available to you will depend upon the distribution you are using and the capabilities of your hardware. Because of the nature of Linux you can change the look of your distribution by changing the various components of the desktop environment.

Traditionally many hardware manufacturers haven't provided drivers written for Linux for their current offerings. This resulted in a dependence on drivers provided by the Open Source community.

This is gradually changing as manufacturers realize that commercial interest in Linux is increasing. Drivers are appearing more frequently as demand grows.

The one area where there has been the most demand for drivers (and the most improvement) is with printers.

I found native support for my HP Color LaserJet CP1215 on Linux Mint 17 although it wasn't the most current version available.

The links I had for Linux support for Brother printers are no longer available.

Linux is a Unix derivative that has become more mainstream in the last few years. Linux is not that new, only the amount of attention it is getting is new.

The backbone of the Internet is built on Unix and one of the features of Linux is the ability to use low-cost or free server software to run your network or Internet server.

The Open Source movement means that the source code for the operating system must be made available for any programs using previous Open Source program code.

Companies like Microsoft or Apple are closed systems that deny others the ability to modify their program source code.

Thousands of people around the world can work on problems, develop new hardware drivers, and create software applications for Linux.

The Cathedral and the Bazaar will give you a good insight to the advantages of the Open Source movement and how it is helping to shape Linux.

This is potentially true. Windows is harder to try out (try surfing the Web from a "virtual" Windows install booted from a CD like you can with Linux Mint) but it supports a massive number of commercial and shareware applications.

Windows users may have seen or even used Linux on early netbooks (miniaturized laptops) that came with Linux pre-installed on small solid state drives.

Users wanting to install Linux onto a preinstalled Windows 8 system will have difficulties because the new Windows uses UEFI instead of BIOS to enable the Secure Boot technology because the Linux installer is treated like a virus.

[I]f you really want your IT department to be in charge of your PCs and not Microsoft (or Apple, or Google with Chromebooks), it's time to start seriously considering the Linux option. There really are no other viable alternatives. — ComputerWorld

Linux offers many advantages to Microsoft Windows operating systems including the following:

If you would like some help installing Linux or getting your hardware peripherals to work with Linux please contact me.

Related resources on this site:

or check the resources index.

If these pages helped you,
buy me a coffee!